By Helen Hamilton, on behalf of the UK Coalition against NTDs

The first six months of 2014 has already seen a number of milestones reached for the international neglected tropical disease (NTD) community, including the successful NTD-focused side event at the 67th World Health Assembly (WHA) in May and the celebration of progress made on eliminating river blindness by the African Programme for Onchocerciasis Control  at the World Bank.  A running theme throughout the discussions at these events has been the importance of taking an integrated approach to eliminating a number of NTDs by the end of the decade.

But what does ‘an integrated approach’ mean in practice? It may mean integration of disease specific interventions into broader public health systems, across different groups of diseases, or integration across sectors. Integration is not just another buzzword, but a real approach to effectively controlling this group of diseases.  Both evidence and common sense tell us that we cannot expect to achieve and sustain our NTD control and elimination goals unless we also tackle the underlying causes – namely the provision of safe water, sanitation and hygiene facilities (WASH) and  health care access - and do so in a joined-up way.

One example where integration is yielding results is in Nigeria.  As a country with one of the heaviest burdens of NTDs globally, and one which has successfully launched its ‘NTD masterplan’ (a multi-year national plan to control and eliminate several NTDs under the London Declaration), it offers a wealth of valuable insights.  The WHA side event in May, which was hosted by the Nigerian government and supported by the UK Coalition against NTDs, south-south sharing of learning was central to the discussion.

Nigeria’s Minister of Health, Professor Onyebuchi Chukwa, and the Director of Public Health, Dr Bridget Okoeguale, highlighted what they see as the foundation of success in combating these diseases: building stronger health systems, equipped to deliver and sustain effective control programmes alongside interventions grounded in a public health approach. To this end, Dr Okoeguale highlighted that Nigeria is working to embed NTD care within primary health care structures to bring together preventive and curative care. She called on the NTD and WASH sectors to work together across departments responsible for Environment, Water, Education, Housing and Media.

This is certainly an approach supported through the Nigerian NTD elimination programme led by Sightsavers, where both local government and global donors such as the UK government aid agency, DFID, have committed funds to control several NTDs.  The success of this programme rides on all parties collaborating under a united goal and sharing knowledge and resources. The programme is designed to support the strengthening of the Nigerian health system alongside delivering targeted interventions to eliminate NTDs.

During the WHA event, this approach was supported by both the World Health Organization and international donors, including representatives from DFID and USAID, who emphasised the investments being made into WASH programmes in NTD endemic countries.  Dr Wendy Harrison, Chair of the UK Coalition against NTDs reiterated the importance of cross-sectoral collaboration to meet the WHO 2020 roadmap goals and the need to embed and standardise monitoring of the impact of NTD programmes on health systems.

All parties at the event were in clear agreement that cross-sectoral integration is vital and that without access to safe effective WASH and health services, NTD elimination will not be possible.  However, whether or not this happens will depend on the level of political will, leadership and resources dedicated to achieving our goals in a sustainable way.  As the recent  announcement of £39m  by the British Government to help support the elimination of trachoma in highly endemic countries in sub-Saharan Africa reminds us, NTDs have never been as well supported or as prominent on the global health agenda. However there still remains a global $200million per year funding gap that needs to be addressed if we are to meet the ambitious goals of control and elimination as laid out in the 2012 London Declaration.

We need to make sure that we leverage these global commitments and this momentum to achieve our goals in a way that builds systems to provide safe and effective WASH and health services, and delivers on our commitment to control and eliminate these diseases in a sustainable way. 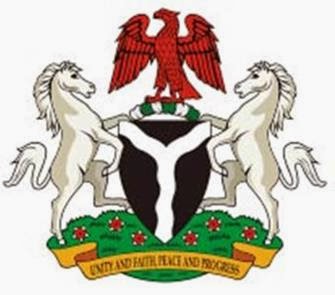 The UKCNTD are joining forces with the Federal Ministry of Health in Nigeria to host a special session to discuss the evolution of integrated and cross-sectoral approaches to the control and elimination of NTDs.
Entitled 'The Power of Integration: Achieving the control and elimination of Neglected Tropical Diseases', this interactive forum will hear from internationally renowned experts, policy makers and donors about current best practices and the latest innovative implementation strategies being employed by endemic country governments and their development partners.
Speakers include:

Chair: Dr Maria Neira, Director, Public Health and the Environment Department, WHO
Opening: Prof Onyebuchi Chukwu, Minister of Health, Nigeria
We hope to announce additional high profile speakers in the run up to this event.

For those who will be in Geneva on the 22nd the meeting's vital statistics are:

Taking the Neglect out of Neglected Tropical Diseases - Paris 2014

​​Two years after the landmark London Declaration on Neglected Tropical Diseases which set out the ambition to control and eliminate 10 NTDs by 2020, global leaders gathered in Paris yesterday to announce increasing momentum to fight the diseases that put one in six people worldwide at risk of being sickened, disabled or disfigured. ​

NTDs disproportionately affect the world's poorest and most vulnerable populations. Since the London Declaration which put the collective weight of 13 leading pharmaceutical companies, global health organizations, private foundations, and donor and endemic country governments behind a new push to reduce the global burden of NTDs—the partnership has made strong progress in ramping up efforts to reach the World Health Organization (WHO)'s goals to control or eliminate a number of these diseases by the end of the decade.

The gathering coincided with the release of a new report highlighting gains over the past two years, including pharmaceutical companies meeting 100 percent of requests for drugs, and endemic countries taking ownership of NTD programmes.

"The tremendous progress we have seen over the past two years is proof of the power of partnerships and the generosity of companies that made commitments under the London Declaration," said Dr. Margaret Chan, Director-General of the WHO, who spoke at the event.

"Together with the governments of endemic countries, we are fast approaching the goal of controlling or eliminating many of these ancient causes of human misery. This is a pro-poor initiative that is improving the lives of more than a billion people."


The day's big announcement saw the commitment of a $120 million fund to combat soil-transmitted helminths. These intestinal worms are among the most common infections found among children living in poverty and they severely impact on child health, nutrition and learning abilities.

Jamie Cooper-Hohn, Chair of Children's Investment Fund Foundation (CIFF) announced that, "CIFF is now committing an additional US$50 million over the next five years to implement large-scale systematic approaches to deworming in a number of countries, with the hope that, ultimately, we can break the transmission of worms and achieve the vision of: every child, everywhere, free from worms forever."
Other organisations also announced their commitment to rid children of worms including:

On 7th February a special Neglected Tropical Diseases (NTD) debate was held at the UK's House of Lord's to mark the second anniversary of the London Declaration on NTDs. Tabled by Baroness Helene Hayman the discussion welcomed the high levels expertise brought by UKCNTD members to the research and implementation of effective NTD programmes and called for the UK Government to encourage donor government partners to follow its lead in supporting and advocating for improved NTD control strategies. A key success of the 2012 London Declaration is that NTD control strategies are beginning to be prioritised by the global community, as noted by Baroness Hayman "[NTDs]inclusion in the 'healthy lives' goal of the high-level panel on the post-2015 development agenda, published in May last year, was, I believe, a crucial step forward”. Baroness Hayman highlighted the work that the UK Coalition against NTDs, and like-minded alliances in NTD endemic countries were undertaking to develop sustainable and effective NTD control programmes. "The academic and voluntary sector, both of which are so strong in the UK, have much to offer both in research and in resource. Such technical support [from coalitions] will be essential for plans such as the recently drawn-up Africa regional NTD strategy if it is to be successful." However, even with the wide ranging support offered by the London Declaration financing remains an issue. Baroness Hayman said, "Given the relative cheapness—we know that many would argue that treating NTDs was the best bang for your buck that you could get in public health expenditure—and the cost efficiency of NTD control work, given the extensive drug donations, it has been estimated that there is still a £200 million funding gap to be bridged if we are to meet the goals of the London Declaration." She continued, "I am not asking Her Majesty’s Government to meet this gap themselves; they have already been generous and committed in this area. However, I ask the Minister what progress the Government is making in championing investment in NTD work with other key international donor governments, particularly perhaps France, Germany and Australia." "Combating NTDs punches above its weight in broader health and wider development terms. We need to renew and reinvigorate our commitment to research, prevention and treatment programmes."

Baroness echoed the UK Coalition's call for increased coordination and integration of development initiatives by saying, " Integrating existing strategies such as mass drug administration with broader public health programmes such as those on water, sanitation and education, we not only enhance the effectiveness of those strategies but start to build from the bottom up the sort of universal health coverage and health systems needed to underpin development."
Posted by Unknown at 11:43